For the 1909 season, the Hornets were managed by former Philadelphia A's player Lave Cross,

(left photo) who also played second base for Charlotte, and the roster included batting champion

1910 was an improvement. The Hornets finished the season in second place, with a record of 56-50. Pitcher O.W. Brazile led the league with 21 wins. The 1911 season had manager Lave Cross playing third base, outfielder F.P. Wofford claiming the batting title with a .392 average, and a finish in third place with a 52-58 record. For the 1912 season, former 1902 Hornet Champ Osteen managed the Hornets, outfielder Harry Weiser led the team in hitting, and the Hornets finished the season with a 61-46 record in third place. After the 1912 season ended, the Carolina League disbanded.

The 1913 Hornets were now a class D team, playing in the North Carolina State League, becoming one of six North Carolina clubs to join the league. Manager Champ Osteen asked for his release from the Hornets in April, making Burleigh Emery the new Hornets manager. Emery led the team with his .283 batting average, and the '13 Hornets finished in fifth place with a 47-67 record. The Hornets improved in 1914. Outfielder Harry Budson "Bud" Weiser (right photo) won the batting title, with a .333 average, and scored the league leading with 102 runs. Pitcher Ralph "Razor" Ledbetter was the leagues best, and the Hornets finished in a first place tie with a 72-49 record, but in 1915 the Hornets had dropped to fourth place with a 56-66 record. Both pitchers Bob Geary and Ralph "Razor" Ledbetter had good seasons.

The 1916 season saw the Hornets advance to a playoff win vs the Asheville Tourists, and later becoming the league champions. Pitcher Ben Paschal (left photo) led the league with 15 home runs. By 1917, the North Carolina Statue League was running into problems. The United States entered into the Great War in April, which resulted in travel restrictions, as well as a shortage of players. By May 30, the Hornets were in second place with a 20-16 record, when the club finally gave up continuing play for the '17 season. As during April - May 1917, ball clubs in the league were operating on the verge of bankruptcy, thus making it hard to continue play. So, Charlotte was without a ball club for the rest of the year. 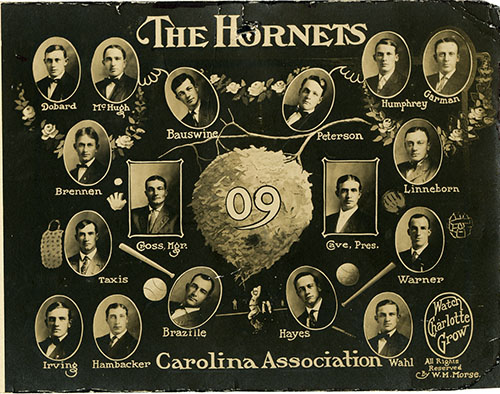 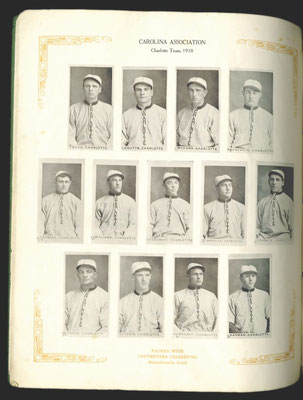 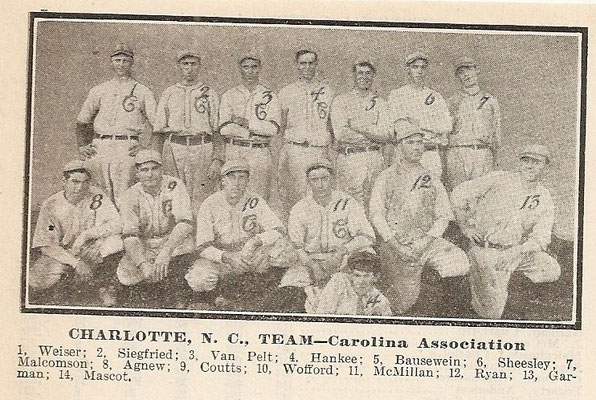 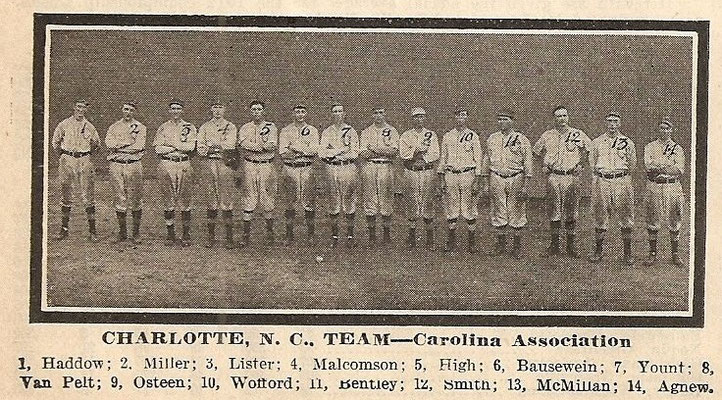 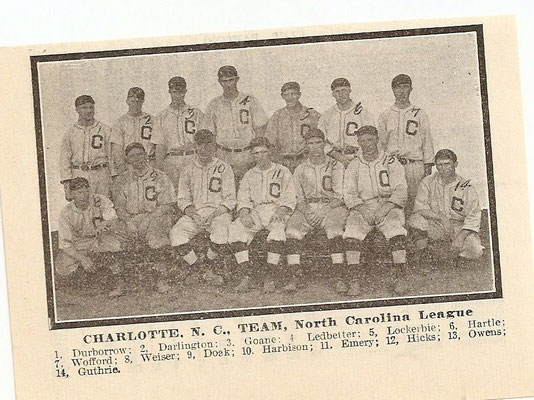 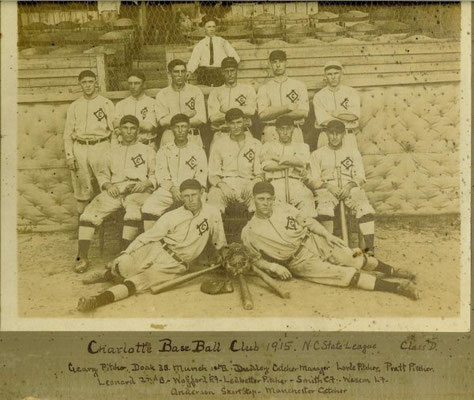 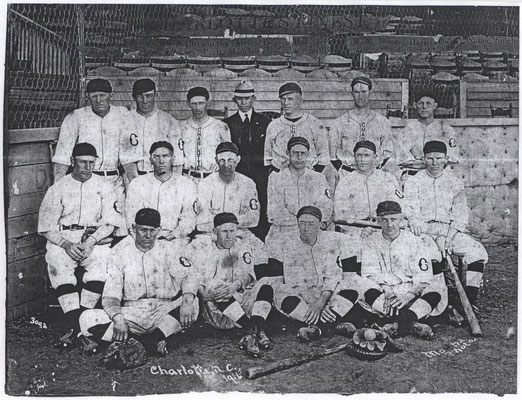 Images from left to right: